Incredible Hampi. The world’s second largest archaeological site after Rome. Home to half a million in its hey-day, and nestled in an other-world landscape of boulders piled into hills and strewn across the ground between lush green banana and rice plantations. The Tungabadhra River flowing fast and clean through rocky defiles, and temples, temples everywhere, some still active, most not. Monolithic sculptures, huge bazaars, and breath-taking sunrises and sunsets. No wonder we ended up staying three days instead of one!

Its in an extraordinary state of preservation, possibly due to it being uninhabited since the fall of the empire 500 years ago until the mid seventies when excavations started. We were lucky enough to see it during one of the major Hindu festivals, Shivratri, as the main active temple, the Virupaksha temple, is dedicated to Lord Shiva, so we witnessed it becoming crowded with pilgrims, and then emptying out again.

And there is definitely something very very spiritually affecting in the air there. Several long term strands of thought coalesced into sense for me whilst there. Perhaps this was due more to having time to think rather than the specific location, but the location is so significant that it cannot be discounted. As I said to Neetaben, for an Indian, Hampi must be the same as a British person walking through, for example, Stonehenge – you are not quite sure of detail, but you do know that people not so very different from you walked those same paths in the distant past, and prayed, probably for pretty much the same things you pray for – health, loved ones, happiness, and so on. That sense of continuity and history that confirms you belong. Amazing.

in the bowels of the Vittala Temple 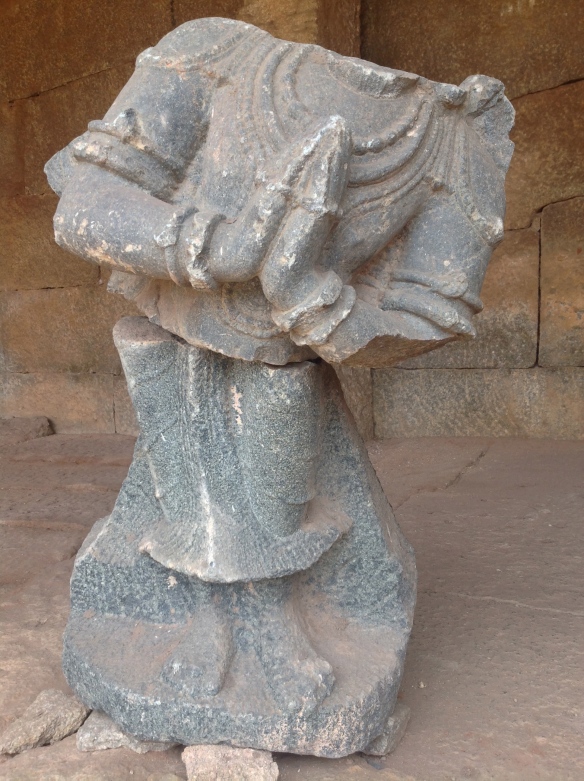